Get ready for a thrilling adventure of survival, conspiracy, horror, love, and obsession.

Chernobylite is a new game from the creators of the critically-acclaimed Get Even.

Chernobylite is coming to
PlayStation 4, Xbox One and PC in July 2021!

Come July, fans of the genre will get the chance to sink into a true sci-fi survival horror RPG experience. One that requires planning, stealth and cooperation with allies in search for clues to solve the mystery that brought you to the Exclusion Zone.

A list of the most important improvements introduced in “The Final Stage” Mega Patch can be found below:

Several months of hard work by the entire team, thousands of hours spent in front of the computers, a lot of tests carried out (also with the participation of our community). The last Mega Patch is finally ready for download for everyone who owns Chernobylite Early Access!

NEWS from the Zone 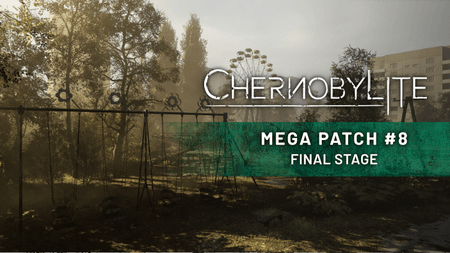 There is very little time until the full version is released. That is why we decided to focus on these and subsequent reports on specific elements of the game that have undergone huge changes in recent months, if not years.

The highlight of the past week, both for us and for you, was the release of the last Mega Patch, which we called "Final Stage". It was created by thousands of hours spent in front of computers, a lot of new, improved elements has been added.

Read more on Steam
READ ALL NEWS ABOUT CHERNOBYLITE

What's up? Say hello to our fresh video!

Who is Olivier Hnatyshyn who will help Igor during his quest? What's his background and skills? What's his story?We introduce a new thing here: Chernobylite Lore.It will tell you more about the NPCs, stories, enemies, friends - everything connected to the game.

Chernobylite is an almost finished Early Access game (95% done), but it's still missing part of the final story mission and requiring some balance and bug fixing. All the content except the final stage and ending is available and playable in the current state, but we still need feedback from our players to let us polish the final version of the project.

“Right now, we have almost finalized version of Chernobylite, with incredibly more playable areas of the Chernobyl Exclusion Zone than when we started. The same goes for story events, characters and gameplay mechanics, as well localization into many languages (full English and Russian voiceovers with text localization for French, Italian, German, Spanish, Polish and more). The only big missing element of the full game is the part of the final mission with story endings.

The story of the game contains very branched paths with alternate endings, so even if you play on one or more of the storylines available in the Early Access version, in the finished game you’ll still have new flows of the story to discover and new ways of shaping your destiny. We are at the end of the Early Access stage, but we still plan to deliver the game which is more optimized, bugfixed and ready for the flawless play.

Chernobylite is a science-fiction survival horror experience. The game is mixing free exploration of its disturbing world with non-linear storytelling and RPG elements.

Make your choices, but remember: they will not only have a direct impact on the Zone, sometimes you’ll feel the consequences many hours of playing later.

Play as a physicist, one of the Chernobyl Power Plant’s ex-employees, and investigate the mysterious disappearance of your beloved. Try to survive and reveal the Exclusion one’s twisted secrets. Remember, the military presence is not your only concern.

April 26th, 1:23 AM Ukrainian time, 1986. The day when Chernobyl nuclear catastrophe happened and the life of 350,000 people changed forever. At the time you were just a young, passionate, naive physicist working at the facility. And like many, you’ve lost what was most dear to you – your beloved fiancée.

30 years later you’re still struggling with the demons of the past. So to finally put them to rest, you are getting back to what’s now called the Chernobyl Exclusion Zone.

Chernobylite is not about a solo journey. It’s an RPG game where your companions are the key for survival and going through the story.

You need to build a team, take care of your allies and provide them with food, medicine, weapons and intel. If you do it right, they’ll support you on your way to the finish line. If you fail in creating and maintaining the relationships, your odds won’t be worth a penny.

Play by your own rules

Rambo-style carnage? Stealthy elimination of your enemies? Or silently sneaking past all dangers? Your choices don’t limit only to the story, as in this world you decide what approach will be best.

We don’t limit your possibilities. You decide what happens next. And you make the call on how to prepare for dangers that will come upon you.

Craft your gear and weapons to face the Zone better equipped, the hostile military personnel and supernatural threats lurking in the darkness. Make use of a vast arsenal of weapon modifications to adjust your fighting preferences. Improve your skills to gather as many pieces of information and evidence about past events as you can. Use that knowledge to fulfil your mission.

Decide what happens in the world around you by making choices and finding, or avoiding, the truth. But be careful -the choices you make during your search for Tatiana, the love of your life, can help make you more friends… or enemies.

Do you know what survival is? A tough job to do alone.

Remember, that you need to prepare for the final mission and how you do it is your decision to make. But each day can bring new challenges, some hard to overcome: comrades can die, supplies can run out, or an unexpected patrol can discover you.

But these are just regular, common dangers. Think of supernatural beings lurking in the dark and waiting for their opportunity. So remember: each day can be a blessing or a curse. And rarely your situation will become easier over time, so plan your strategy carefully... At least if you want to survive.

Visit one of the most mysterious and isolated places in the world - the Chernobyl Exclusion Zone and the Chernobyl Nuclear Power Plant. Recreated using 3D-scanning delivers stunning visuals, amazing mood and allows you to experience the most accurate reconstruction of the Chernobyl area.

Maintain your resolve and keep your wits about you – the Chernobyl Nuclear Power Plant and its surrounding areas are not what they once were. No one can foresee the horrors that may have befallen your beloved.

The team behind the game 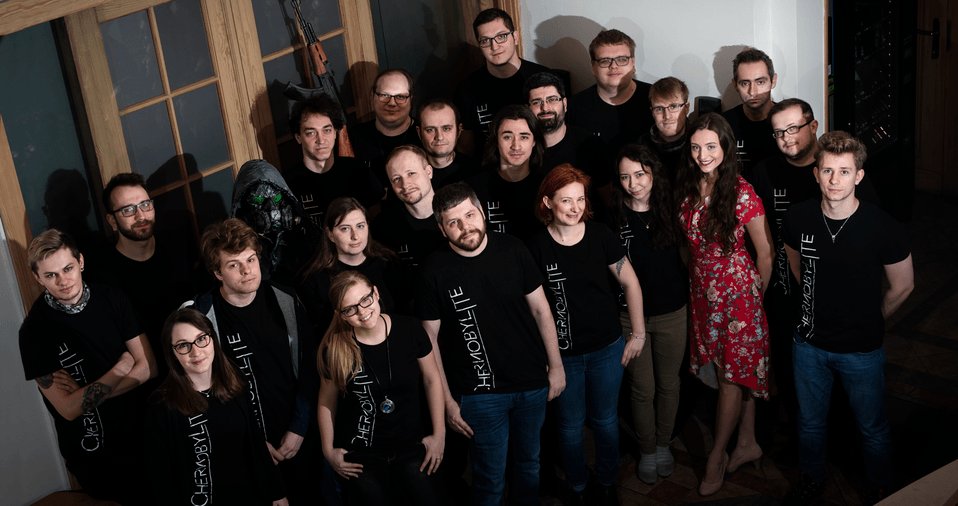 Our team is small, but experienced and brave enough to work under the radiation on "Chernobylite". We have finished many projects so far - “Get Even”, "Chernobyl VR Project", "Painkiller Hell & Damnation", "NecroVision" and many other games gave us technology and ideas to deliver the craziest post-apo game ever done.

As you may see, not all of us are the stalkers or ghosts of the Pripyat. In general, we are a group of talented girls and handsome guys with plenty of skills and tons of passion for making video games and other crazy stuff. 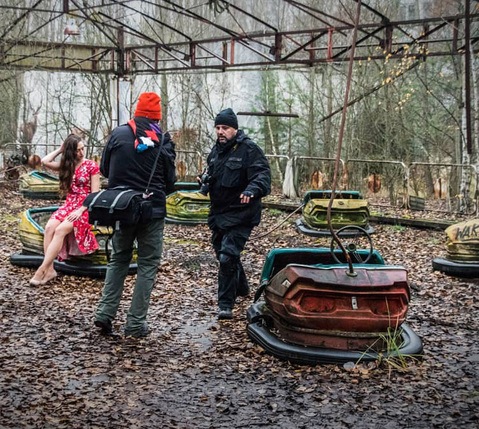 How do we work?

We are traveling to Chernobyl Exclusion Zone to gather materials and references, taking thousands of pictures and scanning the area with drones. All of this in order to provide the most accurate version of the Zone ever. No matter the dust, the weather, the temperature or even radiation!

Chernobyl Exclusion Zone, filled with a vast number of abandoned buildings, offers stories at every turn. And we search for all those little details to address the mood of the place.

Here's a short series of video materials in which we'll show you how we work in Chernobyl. As you may have noticed, we often visit the Exclusion Zone to capture all the data required for the most realistic recreation of this beautiful and scary world. If you want to see more, don't forget to subscribe to our YouTube, Facebook and Instagram pages.

Do you want to take a tour to Chernobyl? You can do it right now!

Follow our social media channels to get all fresh news, videos and pictures about the project. 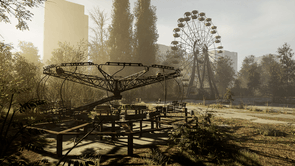 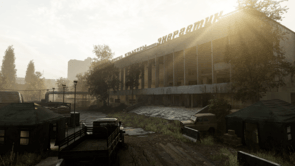 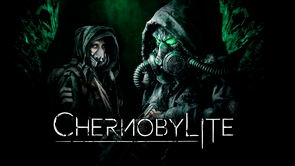 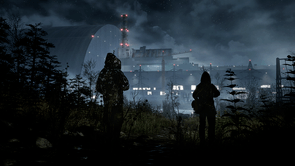 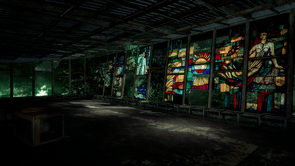 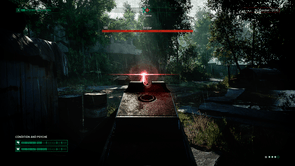 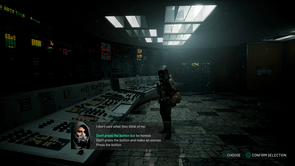 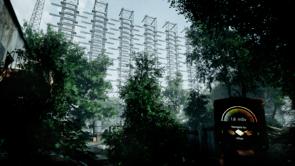 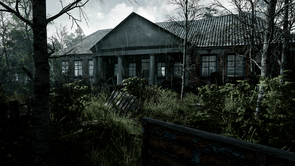 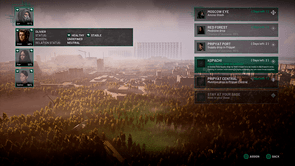 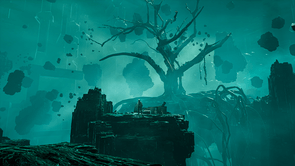 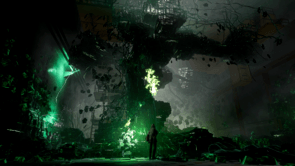 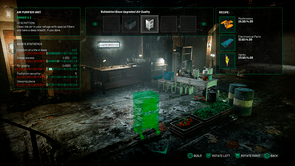 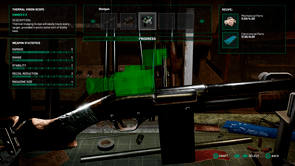 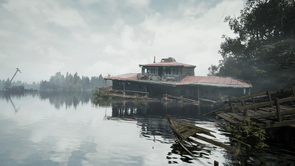 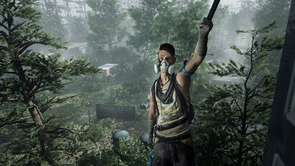 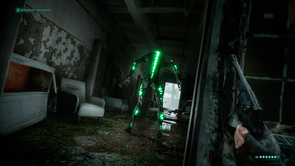 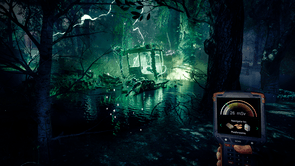 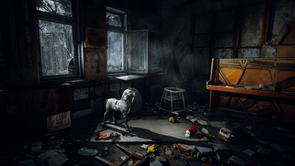 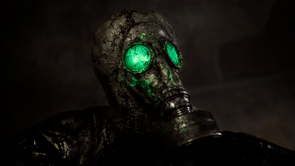 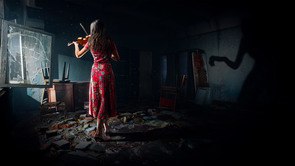 And keep yourself updated!